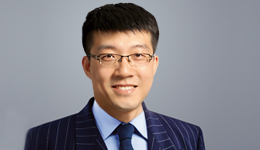 The routine use of antibiotics in agriculture has contributed to an increase in drug-resistant bacterial pathogens in animals that can potentially be transmitted to humans. In 2000, the World Health Organization identified resistance to antibiotics as one of the most significant global threats to public health and recommended that the use of antibiotics as additives in animal feed be phased out or terminated, particularly those used to treat human infections. Research is currently being carried out to identify alternative antimicrobial compounds for use in animal production. A number of studies, mostly in vitro, have provided evidence indicating that bacteriocins, which are antimicrobial peptides of bacterial origin, may be promising alternatives to conventional antibiotics in poultry and swine production.

Bacteriocin production involves several genes implicated in the modification of amino acids, the export and regulation of the bacteriocin, as well as self-immunity. These genes may be located on the chromosome or on a plasmid. The producing bacteria usually synthesize self-immunity proteins that protect them from being killed by their own bacteriocins. The immunity proteins protect cells by scavenging bacteriocins or by antagonistic competition for the bacteriocin receptor. While many bacteriocins have a narrow spectrum of activity, inhibiting the growth of similar or closely related bacterial species, others display antimicrobial activity against a broad array of genera. Usually, the activity spectrum exerted by bacteriocins of Gramnegative bacteria is narrower than those produced by Gram positive bacteria.

Bacteriocins, either purified or semi-purified, may be directly added to animal feed as anti-infective additives to protect animals. Alternatively, the bacteriocin-producing bacteria may be used as probiotics and inoculated into animals to allow colonization and protection against bacterial pathogens. Both procedures may reduce the amounts of animal pathogens as well as foodborne pathogens. As a consequence, this may decrease the emergence of antibiotic resistant bacteria, the economic losses and the negative impacts on human health.